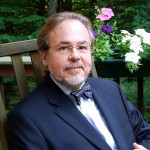 Stephen E. Hefling, professor emeritus of music at the College of Arts and Sciences, edited a new edition of Gustav Mahler’s Titan, which was recently honored by the German Music Publishers’ Association.

The edition was selected from more than 7,000 entrants for a 2020 “Best Edition” prize.

Read more about the award.

The new edition of Gustav Mahler’s Titan: A Tone Poem in Symphonic Form in Two Parts and Five Movements for Large Orchestra, published by Universal Edition in Vienna as Supplement Volume V in The New Complete Critical Edition of Mahler’s works, has been awarded a “Best Edition” Prize for 2020 by the German Music Publishers’ Association (Deutsche Musikverleger Verband). Initiated by Reinhold Kubik, the edition was completed, revised and expanded to its present form by Stephen E. Hefling, Professor of Music Emeritus at Case Western Reserve University and Co-director of the Gustav Mahler Neue Kritische Gesamtausgabe in Vienna, Austria.

Many concerts and recordings of Mahler’s First Symphony bear the title “Titan,” but in reality the composer himself made use of it on only two occasions.

The work was originally a five-movement “Symphonic Poem” in two parts that Mahler premiered at Budapest in November 1889. Thereafter Mahler fundamentally revised it in Hamburg and entitled it “Titan,” amplified by descriptive movement titles and a programmatic commentary. The 1893 Hamburg performance was followed by a further rendition of 1894 in Weimar. The copyist’s manuscript used for the Hamburg and Weimar performances represents Mahler’s last thoughts and corrections concerning “Titan,” and is accordingly the basis for the New Complete Critical Edition.

Thereafter Mahler renounced the descriptive titles of the five movements, jettisoned the “Blumine” Andante, reworked the instrumentation, and subsequently named the work “Symphony in D Major for Large Orchestra.”

Rationale of the Jury

Gustav Mahler composed “Titan” at the beginning of 1888 in Leipzig, where he experienced his first success as a composer. The work’s Budapest premiere in November 1889 was a flop with the public, whereupon the composer— as he would do with most of his works— fundamentally reworked it and brought it to performance anew four years later in Hamburg, his new professional locale. But this version also met with scant success, and it was the same with a further revision presented at Weimar in 1894.

The Mahler New Complete Critical Edition takes as its foundation this latest manuscript from the Hamburg and Weimar performances since it represents the composer’s final thoughts and corrections.

This first critical edition of “Titan” contains the history of the work’s genesis, reviews of the Hamburg and Weimar performances, a discussion of the programmatic commentaries and the underlying ideas of the work, color photographs of important sources, and a detailed critical report that describes variants, problematic passages, and all editorial interpolations.

The edition is artistically modest and simultaneously gorgeous. Even the subtle light blue cover has as its sole eyecatcher Mahler’s signature, framed by additional text in the Garamond font. This wonderful typeface is allowed straightaway to unfold preeminently on the inner pages; it stands masterfully in single words against much whiteness, and organizes a lot of text and bilinguality brilliantly as well as fitting very beautifully with the color facsimiles. High praise for the pages of musical notation as well: many original explanatory comments are included in the very clean score of the composition, whereby one gets very close to Mahler’s intentions.

Link to the Original German Announcement: