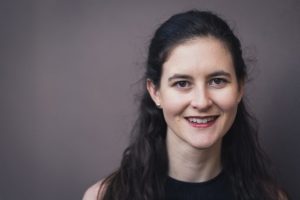 Early Music America has announced the recipient of the biennial Barbara Thornton Memorial Scholarship, selected by an independent panel of judges.

Karin Weston has been awarded the Barbara Thornton Memorial Scholarship for 2019. Karin will attend a summer course with Micrologus in Spello, Italy, and will also pursue study of the Occitan language in southern France.

“It was clear to the jury,” said Benjamin Bagby, “that Karin’s plan to pursue more specific and advanced study in Italy and France in 2019 would be exactly the sort of project that this award was designed to facilitate. Just as Barbara Thornton had spent several youthful summers pursuing similar goals for study in France and Italy, more than 50 years ago, we feel strongly that this is the perfect moment for Karin to expand her studies into the European scene, and we are pleased that this award will help her to realize these goals.

Read the rest of the story at Early Music America.