Mastering the New: From Mature Rameau to Youthful Haydn

When Jean-Philippe Rameau premiered his first opera, Hippolyte et Aricie, at age 50, opera audiences were stunned. His brilliant orchestration, dissonances and virtuosity delighted many, while others were appalled by his lack of deference to his great predecessor, Jean-Baptiste Lully. By its third revival in 1757, the opera was still controversial, but tastes were evolving as listeners sought clearer lighter textures. That same year, Joseph Haydn, age 25, took up his first job as music director, and shortly thereafter he began exploring these textures in new genres, particularly the string quartet and symphony. The juxtaposition of these two maters’ “new” styles in one concert is revealing, capturing the best of two musical worlds.

Free and open to the public. Paid parking available in the Ford Avenue garage, the Severance Hall garage or at the meters along Bellflower Road and East Blvd.

he 50th Anniversary of an exceptional partnership between Case Western Reserve University and the Cleveland Institute of Music. Since 1968, these two distinguished institutions have participated in an integrated music program at the undergraduate and graduate levels. The JMP allows students at both institutions to take advantage of the resources of a major research university as well as those of a leading conservatory. 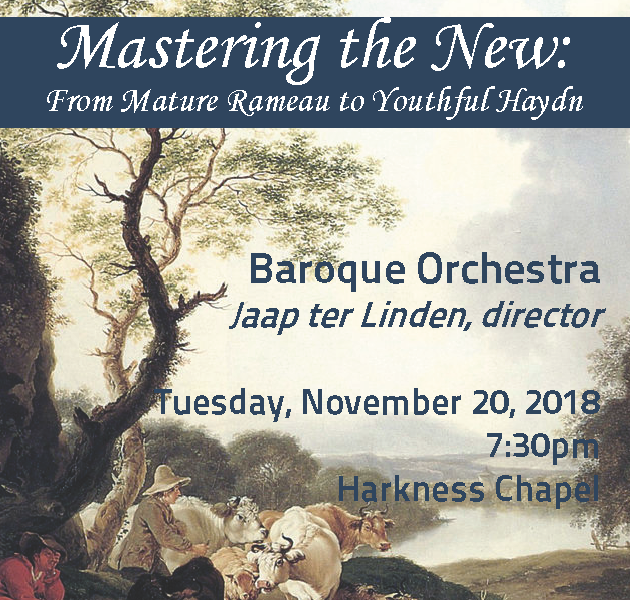